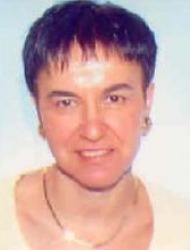 Betty Rojtman,  Professor Emerita at the Hebrew University of Jerusalem, taught in the Department of French Studies and the Department of General and Comparative Literature, where she held the Katherine Cornell Chair.

Born in Paris, Betty Rojtman received her Ph.D. (on Samuel Beckett) at the Sorbonne. She chaired the Department of French Studies from 1989 to 1992, founded and chaired the Desmarais Research Center for French Culture from 1992 to 1998. In 1993, she taught as visiting professor at the University of Montreal. From 1996 to 2009 she presented  seminars at the College International de Philosophie in Paris.  In 2004-2005 she was invited as Directeur de Recherches at the Maison des Sciences de l’Homme, and in 2007 was designated as a delegate to the Fonds Paul Ricoeur in Israel.  In 2011, she was invited as a Fellow of the Institute of Advanced Studies in Paris.

She recently completed a comprehensive essay  on the fascination of death in  contemporary French writings, including chapters on Kojève, Bataille, Blanchot, Derrida, Lacan. She is currently experimenting in literary and existential writing.